Jerez, november 2021. Bodegas Lustau is celebrating its 125th anniversary by releasing a Special Edition containing three unique and never before seen wines, as homage to the company’s long-standing heritage in making sherry. The history of Bodegas Lustau goes back to 1896 when José Ruiz Berdejo, court clerk in Jerez de la Frontera, started to make wines from a small vineyard that he owned on the outskirts of the city.  He didn’t have his own brand.  He sold it to large exporting wineries, making him what is known today as an Almacenista.  50 years later, his daughter, María Ruiz-Berdejo, and her son-in-law, Emilio Lustau, moved the winery to the city’s historic centre, expanded the business and created brands including Papirusa, Jarana and Escuadrilla. The company took Emilio Lustau’s name. 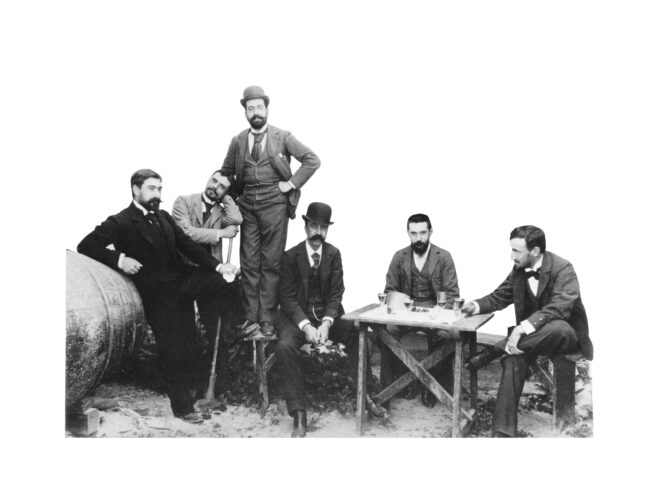 125 years have passed and the quality and personality of the Lustau winery continue to be key, building the image of sherry both within and outside Spanish borders.  One of the ten most awarded wineries in the world, it is the only one to have twice received the sought-after International Wine Challenge – Lens Evans Trophy, which recognises consistency over a long period. Accolades joined by those received by Lustau’s wines year after year, alongside the trophies awarded to its capataz or cellar master, Sergio Martínez, as the Best Fortified Winemaker of the year.

To celebrate these 125 years of history, Bodegas Lustau is launching an unprecedented and one-of-a-kind 125th Anniversary Special Edition in homage to the legacy and expertise of their ancestors in making sherry.  A unique selection of three bottles of wines that have never before seen the light of day, having spent years ageing in the cool silence of three of Lustau’s cellars in Jerez de la Frontera, El Puerto de Santa María and Sanlúcar de Barrameda. 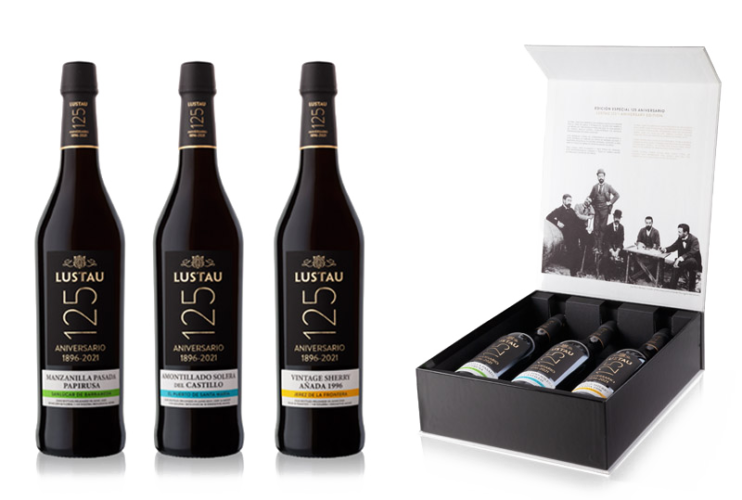 Lustau is the only winery in the D.O. Jerez- Xérès-Sherry to have a presence in the three cities of the sherry triangle, two on the coast and one in the interior, allowing it to offer a greater diversity of characteristics across its broad collection of wines. Today, Lustau’s philosophy continues in the same vein as when it started in 1896: to offer the most select and diverse range of sherry specialities.

A commemorative edition of 2,500 gift boxes containing three unique oenological gems.  An inimitable collection allowing you to delve into the very history of Lustau. 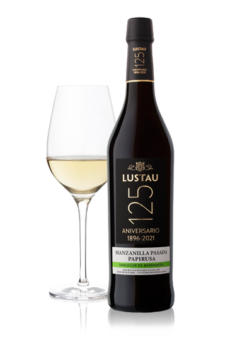 Manzanilla Papirusa’s older brother. Four large butts (bocoys) were set aside for four years so that the veil of flor – the layer of yeast that forms on the top of the wine – continued to consume wine nutrients until almost dying out completely, through the greater surface area in contact with the wine and the static ageing process. This allowed it to oxidise slightly.  A mature, evocative and irresistible Manzanilla. 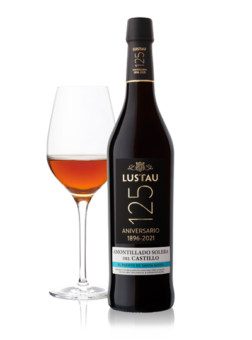 Extracted from the silence of the winery in the imposing Castillo de San Marcos, a 13th century fortress, constructed under the orders of King Alfonso X the Wise. Selected from a selection of 20 butts in an inverted solera, where the wines first undergo biological ageing for four years, followed by oxidative ageing over more than 25 years, 17 of which it lies untouched by man. This has a marked effect on the personality of this wine, making it intense, powerful, extremely complex and full of nuanced flavours. 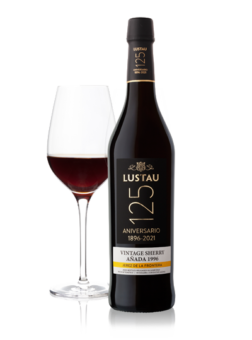 A sweet wine made exclusively by Lustau that is completely different and unique among all sherry wines.  Resulting from the 1996 vintage in which the Palomino grapes were allowed to mature on the vine for longer than usual (late harvest.)  It was then kept for over 25 years in centuries old sealed butts that had previously contained oloroso wines.  No other wines like this have ever been seen before.

The 125th Anniversary Special Edition is already on sale in leading wine retailers and on www.lustau.es 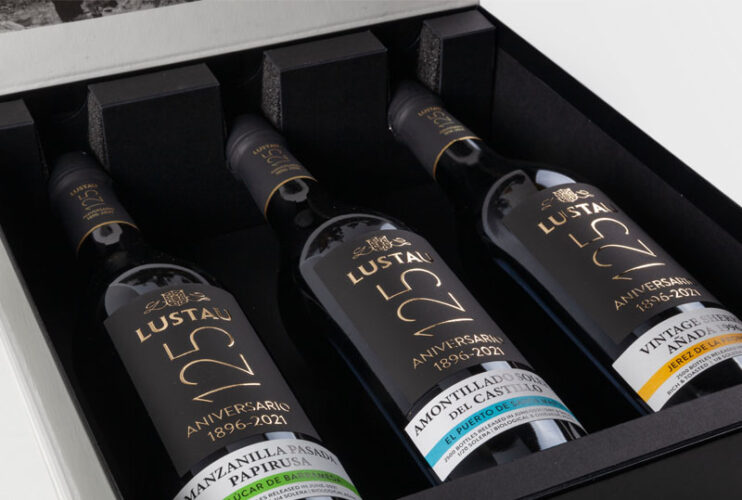